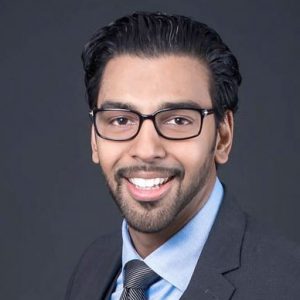 Victor currently consults in the areas of corporate governance and international strategy centred around Asia and Australia. For the past 15 years, Victor has held various leadership roles. In 2011, he was Chair of the Regina & District Chamber of Commerce and was the youngest ever to serve in the position in the Chamber’s 130-plus year history. From 2008-2016 Victor served on the Board of Directors of SaskEnergy, Saskatchewan’s natural gas distribution utility with $2B+ in assets, and was its Vice-Chair from 2012-2016. Victor also serves as Strategic Advisor to the President at the University of Regina.

He completed his Master of Administration in Leadership from the University of Regina. He is the youngest graduate of the Directors College Program, with the designation of Chartered Director, through McMaster University, where he was a faculty member.

Victor currently serves as Vice-Chair of Innovation Place in Regina and Saskatoon, fostering Saskatchewan’s tech sector within 1.7 million square feet of real estate. He is Vice-Chair of CARE Canada’s Board of Directors, and is Chair of CARE International in Kenya’s Board of Directors. He is the immediate Past Chair of Canada’s Banff Forum, and is a member of its Advisory Council. He is a member of the Rideau Hall Foundation Board of Directors where he chairs its Innovation Council. He is also a National Executive Member for the 2020 Governor General’s Canadian Leadership Conference.

He has received several awards for his leadership including the Public Policy Forum’s Emerging Leaders Award for Canada (2011), the University of Regina Alumni’s Crowning Achievement Award for service to the University (2013), and the Canadian Red Cross’ highest honour, the Order of the Red Cross (2014).