When Brenda Bignell first enrolled in a program in The Pas, Manitoba to improve her tech skills, she says she didn’t even know where to find the computer “on” button.

Since then, the Indigenous woman, a survivor of the notorious Sixties Scoop, has honed her skills through a program offered through University College of the North and supported by the Future Skills Centre (FSC). Brenda has learned network technology and website design, as well as developing confidence in herself and possibilities for her future.

“I knew nothing – zilch – about computers, and I came in scared at first, but every day is an adventure,” she says. “I’m learning so much.”

Brenda was born in northern Manitoba on the Opaskwayak Cree Nation and, like many Indigenous children in the 1960s, was taken away from her home and family at 18 months of age by government officials. She was part of the mass removal or “scoop” of Aboriginal children into the child welfare system without the consent of their families or bands. She was adopted by an American family in a small Minnesota town.

Brenda’s experience with her adopted family was difficult and she struggled in school. In her early 20s, she learned more about her heritage and moved back to Canada in 1994. She subsequently received a status card, a milestone for someone torn away from her own Aboriginal history. And for the first time, she met her biological father and other relatives, and learned she had three brothers, a half-brother and two half-sisters.

On her return, Brenda moved to the reserve of her birthplace in The Pas, where she lived for six months. “I didn’t know how to fit in there or how they lived. I had the heart and mind of a white person, and no-one was accepting me for the way I was. That was very hard for me.”

Brenda subsequently moved to Winnipeg, a big city where she knew no-one. She lived in a rooming house, surviving on very little money from welfare and later moving to a women’s shelter after her second marriage ended. “It was really hard. I lived in Winnipeg for 15 years and saw a lot of very life-changing, difficult stuff.”

Despite the challenges, she learned more about herself and grew as a person. She discovered that she has a mild case of Fetal Alcohol Spectrum Disorder (FASD), a hidden piece of the puzzle in her learning comprehension issues. “I’ve taken courses and read books to learn more about it, and I have become accepting and not embarrassed. Now I educate the class and the teacher about it as well.”

In 2019, Brenda made her way to the Kelsey Learning Centre in The Pas, where she enrolled in a three-year program to earn her adult high school equivalency, despite being out of school for 32 years.

After successfully completing that, she enrolled in June 2021 in an FSC project that trains women from remote northern and Indigenous communities for information and communication technology (ICT) jobs. The 10-month project, A young northern workforce enters the world of ICT, addresses the shortage of skilled technical workers in northern Manitoba and eastern Saskatchewan while enabling students living in the region to find gainful employment in their own communities through work-integrated learning and microcredential certifications. More than 30 participants have enrolled to date in the project

Now, Brenda can take apart a glitching laptop, clean the interior parts, troubleshoot on technical issues, fix and reassemble it. With the (virtual) support of her program mentor, a computer science professor at University of Waterloo, she also learned Python, a computer programming language, and can build a website from scratch. She and her classmates follow a tech curriculum in the morning and service laptops in the afternoon, when they are paid for their time.

“I remember the day that Brenda was brave enough to walk into my school for the first time,” says Tara Manych, an innovations consultant with UCN and the curriculum designer for the sweetgrass (Indigenous cultural) component of the program. “She was so shy and nervous that she could barely tell me her name. Fast forward three years, and I see a resilient Indigenous woman taking on the world, and I have the privilege of helping guide her and her classmates through this process.”

Brenda is one of eight students in the full program, which also provides wraparound support to help students overcome numerous barriers that block northern individuals from participating in ICT industries of Manitoba. Successful graduates receive their networking essentials credentials through the Cisco Networking Academy.

“In our community, we need more Indigenous women doing network technology or website design,” says Tara. “They’re taking on the world with this and it’s going to be so powerful.”

The program is much more than curriculum, adds Tara. Mentoring, counselling, speakers, transportation, and other wraparound supports – along with a culturally appropriate approach to teaching and learning that includes oral storytelling – enhance the skills component.

“None of these women has had an easy life, but with this program we have empowered them and they have taken ownership of this journey,” says Tara.  “We don’t accept failure. If there’s a problem, we go back, fill in the gaps and find a way to make it work for each of them. The women are valued for their backgrounds and perspectives. We want to make sure they are protected, educated and whole. If we didn’t have all of that, we couldn’t have launched.”

Numerous challenges, including poverty, precarious or unsafe housing, food security issues, lack of income, transportation or daycare, and unreliable internet, are among the hurdles faced by the students, and that was before COVID-19 hit, says Tara. “It has been a perfect storm with every challenge that could come our way, but I guarantee that everyone will finish this program and be competent in ICT.”

This program is a clear example of how the Future Skills Centre is focused on systems change to give all Canadians skills to thrive by providing responsive career pathways in key sectors. FSC is dedicated to helping people gain the skills they need to thrive in a rapidly changing labour market. We act as connectors for peer collaboration among skills development practitioners and policy leaders, supporting sector-wide adoption and replication of promising practices and policy change. Moreover, we are committed to building a resilient learning nation that equips everyone with the skills to succeed and share in Canada’s prosperity.

“There’s no other program like this,” says Tara, a long-time educator with 23 years in the field. “We’ve shown these women that they can reach for something more. We can change the outcome of their lives and improve the communities in the north if we can continue this program.”

“We are this little voice trying to do something incredible,” she adds. “The success of these women is the culmination of my life’s work. If we can take this concept to other places and programs, the change for the north would be unstoppable.”

The mutual support and engagement of the women is central to its success, Tara and Brenda agree. “Everyone is so positive and driven – it’s a sisterhood of tech!” Brenda enthuses. “I started at the very bottom and decided to just take a shot at something I didn’t really think I could do, and now I’m working on computers. It’s been very eye-opening and I’ve loved every minute of it.”

For Brenda, the program has opened doors. “Being able to spread my wings and take this all in feels great. I’m so thankful for how far I’ve come, with help every step of the way from Tara, the teachers, and my mentor. I really believe in myself now.” 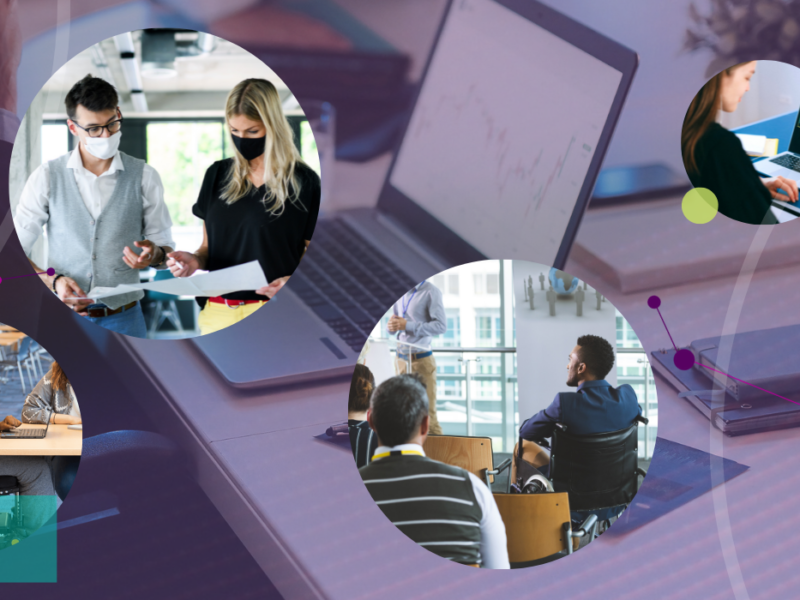 Workers with disabilities will soon become the new norm

Nov 11, 2022
Written by Jeannette Campbell
Disability inclusion is driving the future of work in this country. You may not be…
Read More 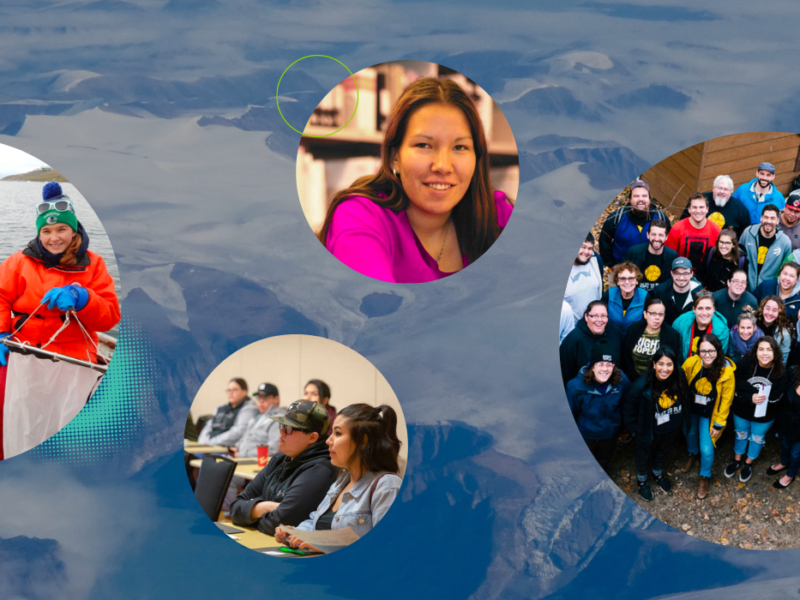 Sep 22, 2022
Written by Elizabeth Stone
Indigenous peoples compose 4.9% of the total Canadian population, as of 2016. However, we have…
Read More 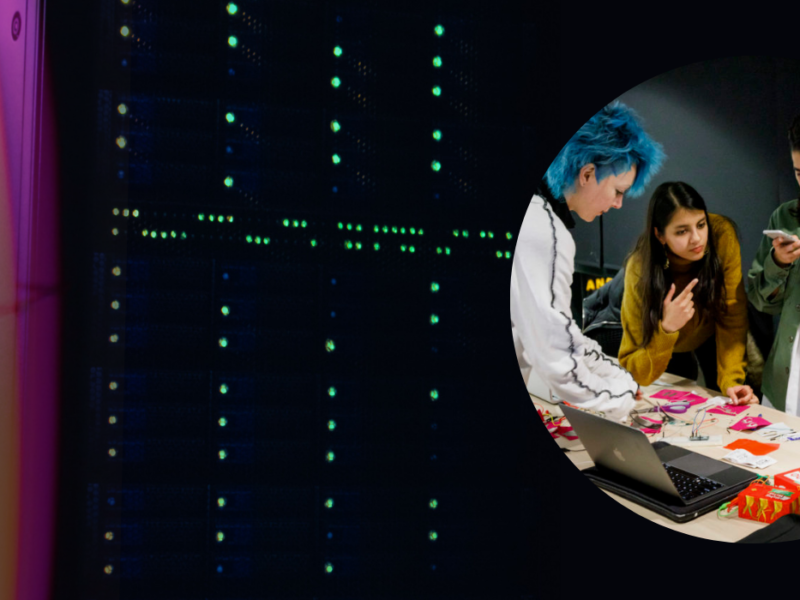 Valuing the skills of LGBTQ2S+ people creates better workplaces for everyone